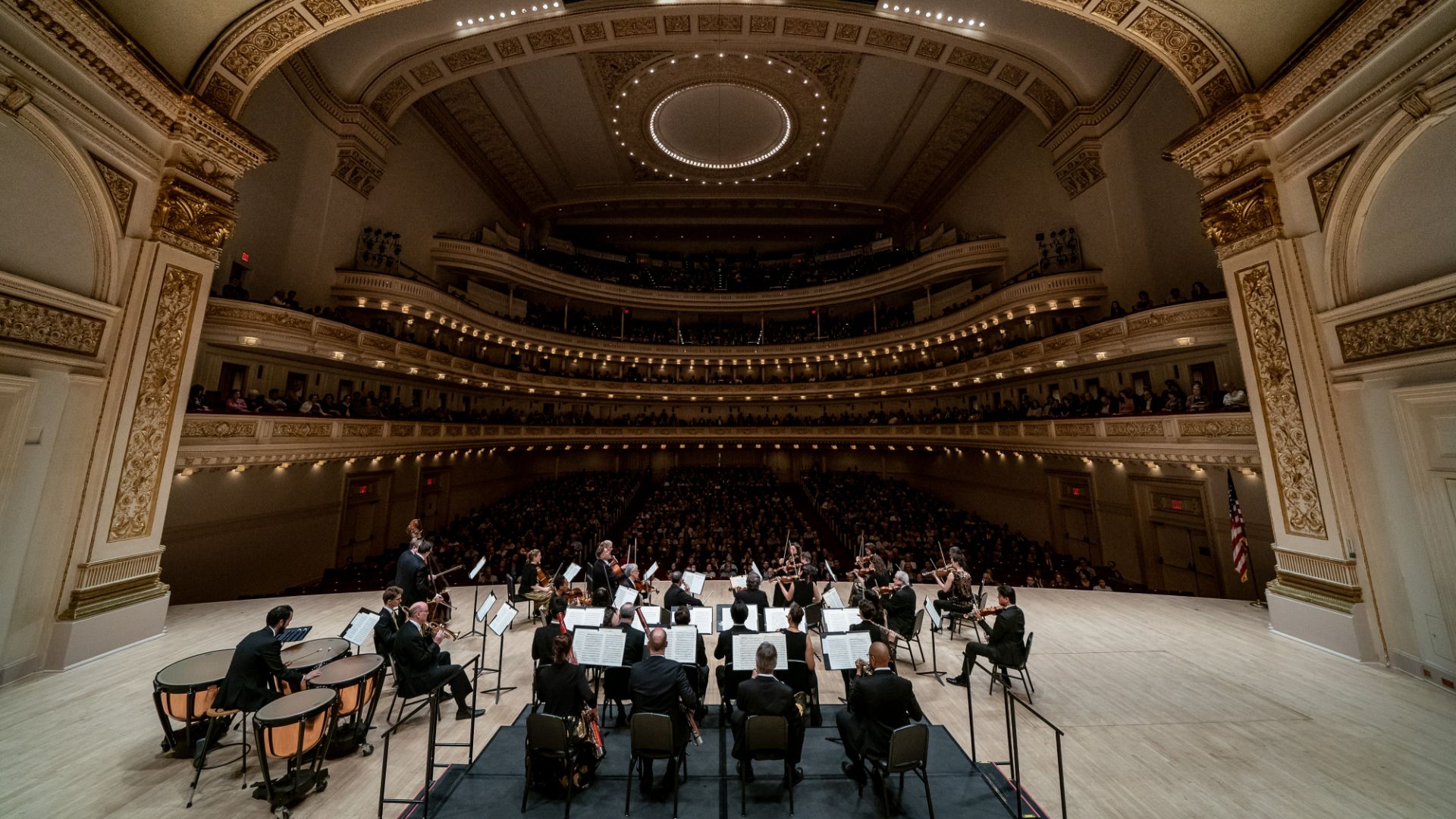 This season also marks a significant milestone in Orpheus history, as they celebrate their 50th anniversary. For Orpheus, whose credo was and continues to be based on a uniquely-egalitarian operations model, this achievement is one that is especially meaningful to the musicians, staff, and board, as its original mission in the 1970s to become a truly democratic space for music-making has only strengthened over the decades.

Orpheus Chamber Orchestra Executive Director Alexander Scheirle states, “I’m still in awe of the creativity, trust, and fortitude it took to create an orchestra without a conductor in the twentieth century. Despite all the challenges, the musicians never gave up on Orpheus' core principles of democracy and collaboration, and became one of the most successful chamber orchestras of all times.”

The season opens on October 8, 2022 with “The New Fifty, with the Norwegian trumpet player, Tine Thing Helseth, who has been praised by Gramophone as “...blessed with a combination of great wind-playing attributes: a soulful – dare one say brooding, Nordic – approach to phrasing, quite astonishingly outstanding intonation and a sound which is open and honest, even and focused in all registers.” Opening the program with the world premiere/Orpheus commission of Fanfare by composer and horn virtuoso Jeff Scott, Helseth also plays the splendid Hummel Trumpet Concerto in E Major, S. 49; the elegantly-curated program continues with works by Haydn and Mozart.

The second concert of the season, “Change the Frame,” on January 21, 2023, features the internationally-acclaimed violinist Renaud Capuçon. The performance opens with with the world premiere/Orpheus commission of a new work, inspired by works by women of color in the Museum of Modern Art (MoMa) collection, by multi-disciplinary, genre-bending composer Hanna Benn. The program continues with a Pushkarev arrangement of Prokofiev, and a new arrangement by Jannina Norpoth of Mussorgsky’s Pictures at an Exhibition.

Orpheus’s final Carnegie program on May 20, 2023, “Voices Lifted,” pays homage to fearless voices. Beethoven, who unwaveringly disapproved of political tyranny, instilled his passion for social justice into music for Goethe’s historical drama about a local hero defying foreign occupiers. Featuring an incisive new translation and the clarion voice of Karen Slack, Orpheus illuminates the eternal truths of Egmont. Will Liverman, the “muscular-voiced baritone” (The New York Times) who astonished the world with his starring role in Terence Blanchard’s Fire Shut Up in My Bones at the Metropolitan Opera, joins Orpheus to reimagine spirituals in a tribute to the heroic singer-activist Paul Robeson, whose 125th anniversary will be celebrated in 2023.

It’s one thing for the four players of a string quartet to lean in to the group sound and react spontaneously, but with 20 or 30 musicians together, the complexities and payoffs get magnified exponentially. Within its first decade, Orpheus made Carnegie Hall its home and became a global sensation through its tours Europe and Asia. Its catalogue of recordings for Deutsche Grammophon, Nonesuch and other labels grew to include more that 70 albums that still stand as benchmarks of the chamber orchestra repertoire, including Haydn symphonies, Mozart concertos, and twentieth-century gems by Stravinsky, Schoenberg, Ravel and Bartók.

At home in New York and in the many concert halls it visits in the U.S. and beyond, Orpheus begins its next fifty years with a renewed commitment to enriching and reflecting the surrounding community.It will continue its groundbreaking work with those living with Alzheimer’s Disease through Orpheus Reflections, and the Orpheus Academy as well as the Orpheus Leadership Institute spread the positive lessons of trust and democracy to young musicians and those in positions of power. Each year, Access Orpheus reaches nearly 2000 public school students in all five boroughs of New York City, bringing music into their communities and welcoming them to Carnegie Hall. Always evolving as artists and leaders, the Orpheus musicians carry their legacy forward, counting on their shared artistry and mutual respect to make music and effect change.