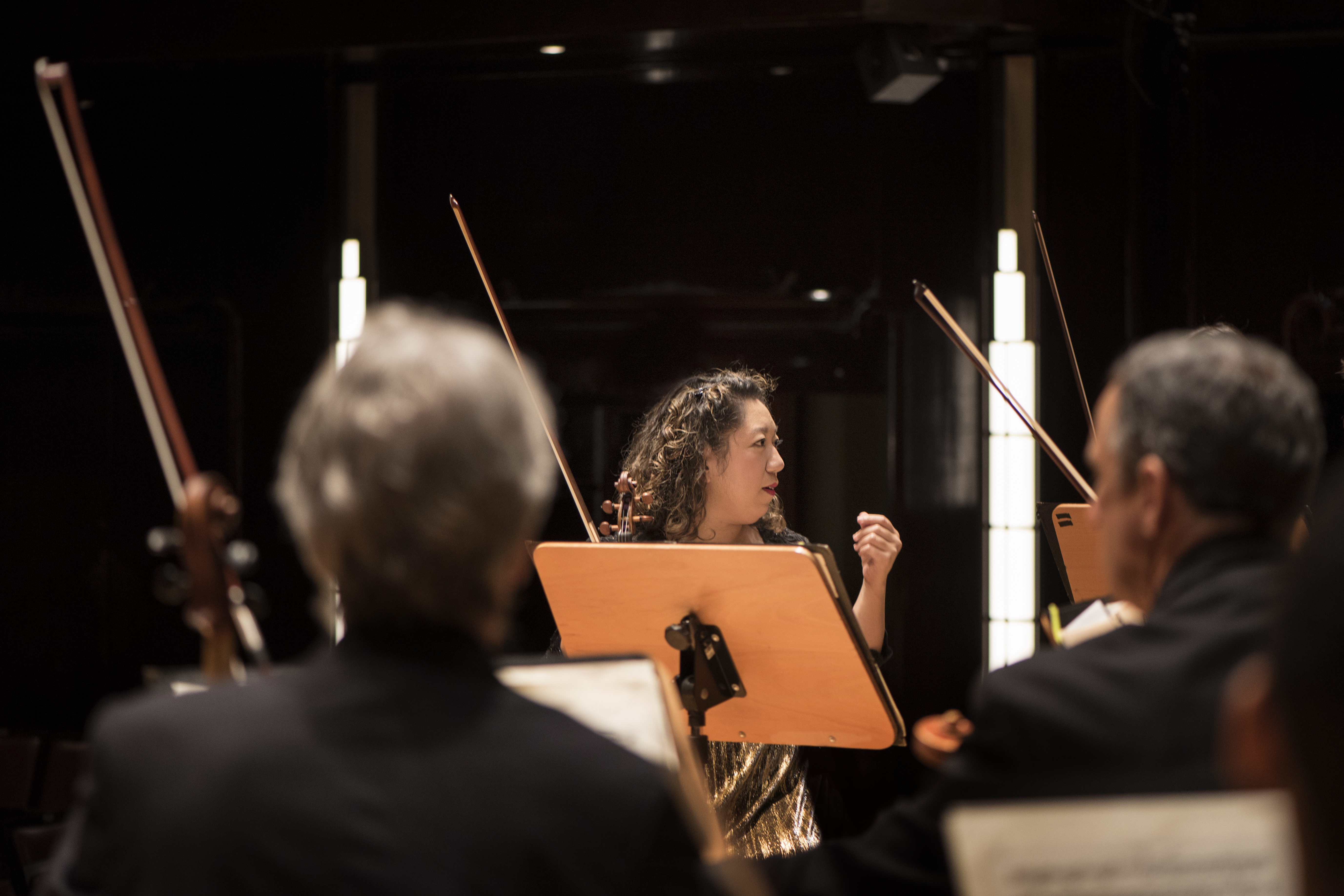 When we think of what Beethoven wrote for Egmont, the first thing that comes to mind is the Overture. But what about the rest? WXQR's Elliott Forrest hosts our panel discussion diving into everything that comes next.

Orpheus is proud to commission and give the world premiere of a new translation by the award-winning translator and playwright, Philip Boehm, to bring 21st century relevance to Beethoven and Goethe's themes of courage, justice, and freedom.

Donate Now
He’ll face the Iron Duke, and will insist that all existing rights must be respected, and liberties once granted not dismissed.

Philip Boehm’s career zigzags across languages and borders, artistic disciplines and cultural divides. He is the author of more than thirty translations of prose works and plays by German and Polish writers, including Herta Müller, Franz Kafka, and Hanna Krall. For his work as a translator he has received numerous awards as well as fellowships from the NEA and the Guggenheim Foundation. As a director fluent in several languages he has staged plays in Poland, Slovakia, and the US. His most frequent venue is Upstream Theater in St. Louis, which he founded in 2004. Since then the company has produced dozens of works—mostly US premieres—from nearly twenty different countries.

Mr. Boehm’s plays have been seen in Atlanta, Houston, Sacramento, St. Louis and Banská Bystrica, Slovakia, and include Mixtitlan, Soul of a Clone, The Death of Atahualpaand Return of the Bedbug—a modern fantasia on Mayakovsky’s 1928 satire—as well as adaptations of Büchner’s Woyzeckand Kazimierz Moczarski’s Conversations with an Executioner. For his dramatic work Mr. Boehm has received support from the Mexican-American Fund for Culture as well as the NEA.
“I am continually struck by new overlaps between staging drama and translating prose. In both cases I first listen to the original voice or voices before attempting any re-creation, and my experience working with actors has taught me the importance of keeping a text alive, and of preserving its energy as it travels from one culture to another, whether on the page or in the theater."

Elliott Forrest is a Peabody Award winning broadcaster, director, designer and producer. He is the afternoon host on New York’s Classical Radio Station 105.9FM, WQXR, host of the national radio concerts of The Chamber Music Society of Lincoln Center and has hosted more the 60 concerts on-stage at Carnegie Hall. Executive Producer of The Public Theater’s 2020 Shakespeare in the Park on the Radio of RICHARD II. Co-Creator and Producer of the national tour of AN EVENING WITH ITZHAK PERLMAN. Co-Director and Projection Designer of the live national tour and PBS TV Special of CONSIDERING MATTHEW SHEPARD, by composer Craig Hella Johnson.

Elliott has directed several versions of A CHRISTMAS CAROL with such Scrooges as David Hyde Pierce, F. Murray Abraham, Brian Cox, Tony Roberts and Kathleen Turner. He regularly produces, directs and designs symphony concerts: LA Philharmonic, The NY Philharmonic, Houston Symphony, Philadelphia Orchestra, Atlanta Symphony, New Haven Symphony Pasadena Pops and the Little Orchestra Society in venues including the Hollywood Bowl and Lincoln Center. He is the Founding Executive Artistic Director of ArtsRock.org of Rockland County, NY, bringing professional concerts and conversations to his upstate community. Projection Designer for recent Off-Broadway play TECH SUPPORT. Orchestra narrator: Saint-Saens’ Carnival of the Animals, Peter and the Wolf, Stravinsky’s Soldier’s Tale and Britten’s Young Person’s Guide. For 12 years he was on A&E Television as host of Breakfast with the Arts. In the late 1970’s he appeared on the original THE GONG SHOW with Chuck Barris on NBC. He holds a BA in Theater from the University of Texas, Austin. www.ElliottForrest.com 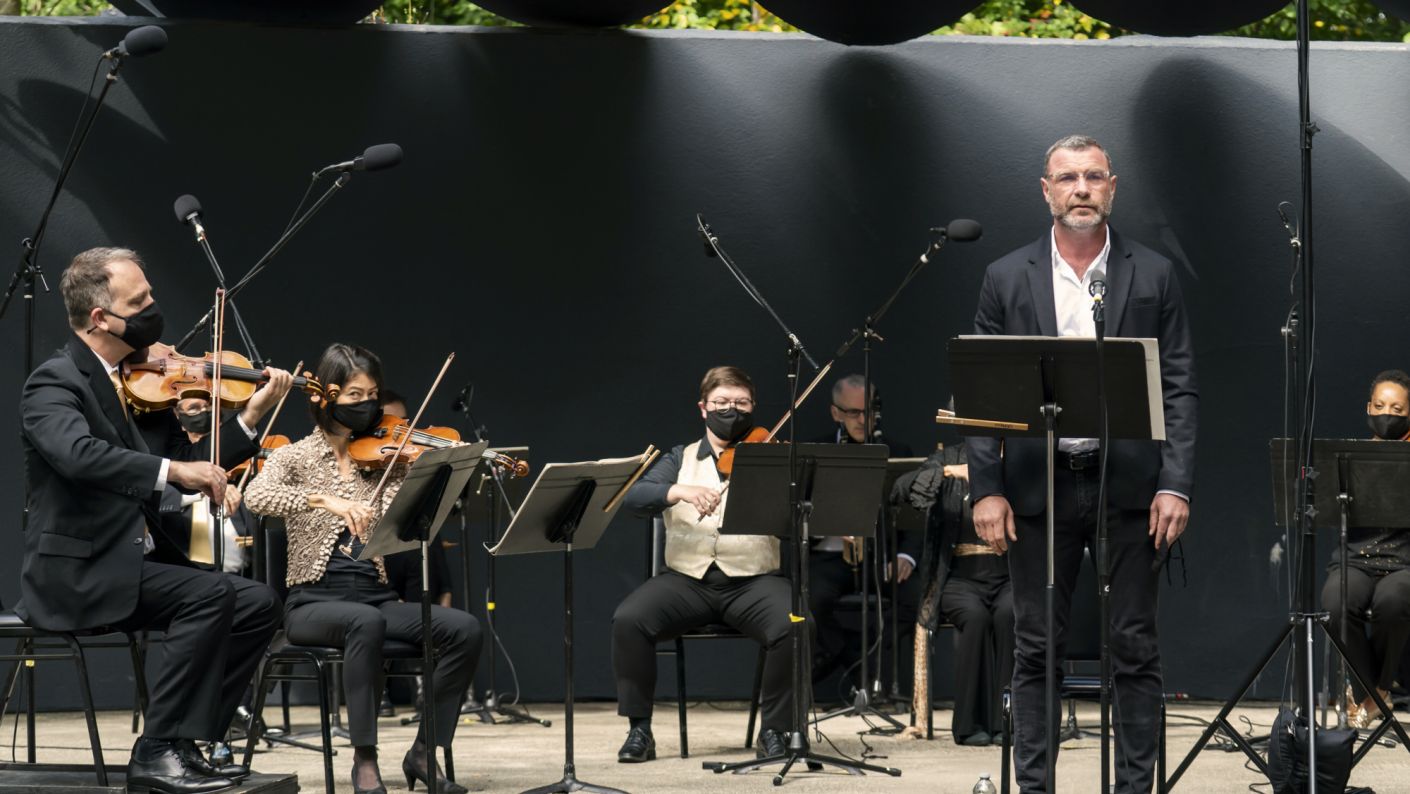 Orpheus stands up for justice and freedom in this homage to courageous voices. Beethoven, an unyielding critic of despots, channeled his ardor and rage into music for Goethe’s historical drama about a local hero defying foreign occupiers. Liev Schreiber narrates an incisive new translation by Philip Boehm, while the clarion voice of Karen Slack and Orpheus illuminate the eternal truths of Egmont.