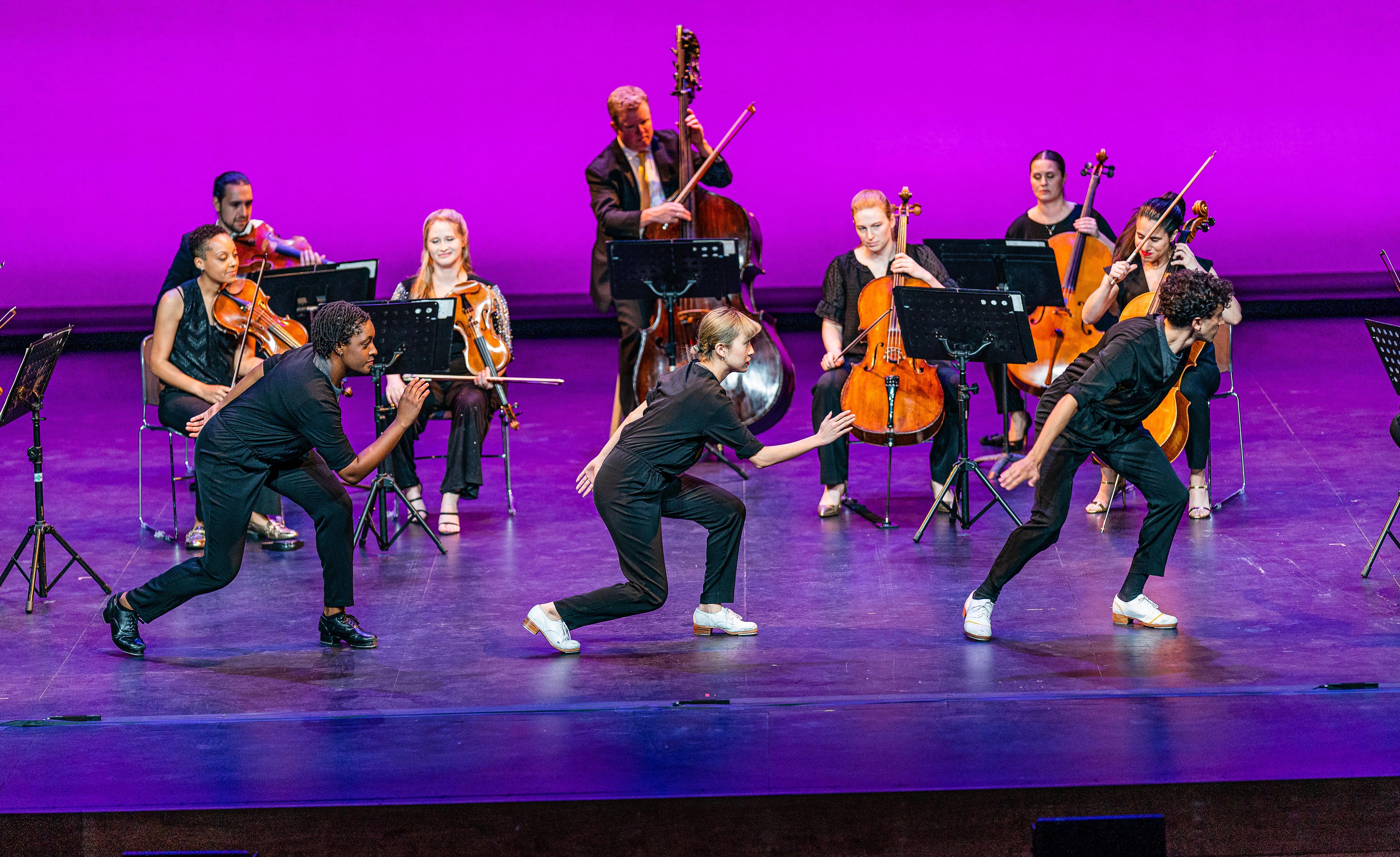 watch behind the scenes 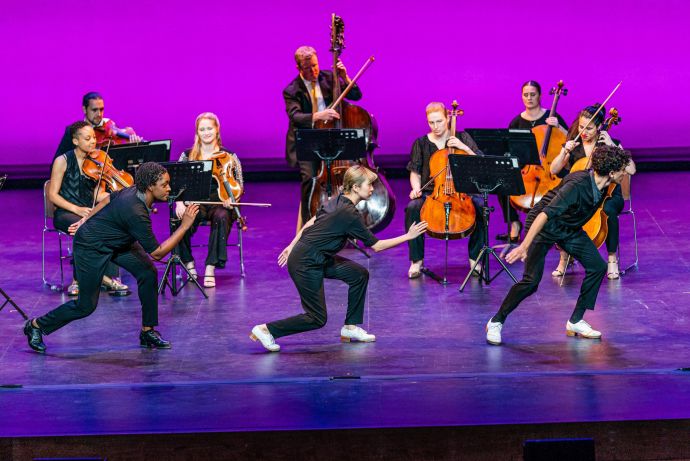 This concert was recorded at PS21, Performance Spaces for the 21st Century, Hudson Valley's new state-of-the-art theater on 100 acres of orchards and meadows in Chatham, NY. 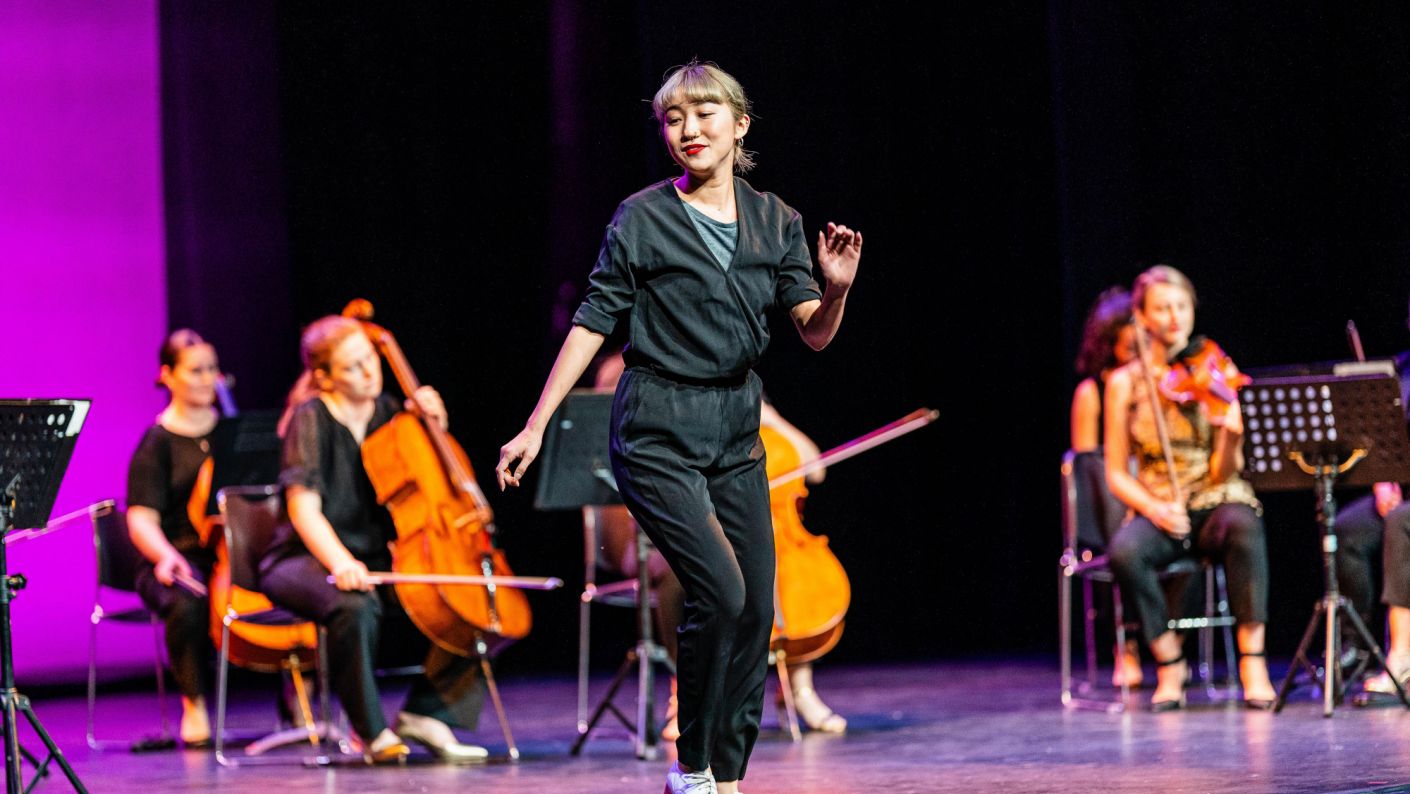 Notes on the program

Tonight’s program explores the movement of music through time and space, weaving together connections, transformations, and new collaborations.

We open with the Aria from Bachianas Brasileiras No. 5 by Heitor Villa-Lobos (1887-1959), arguably his most well-known work. In the nine Bachianas Brasileiras, Villa-Lobos sought to draw connections between Johann Sebastian Bach (1685-1750) and Brazilian folk music. Originally written for soprano and cello ensemble, tonight’s version was arranged for string orchestra by John Krance. There is a fluidity in the plaintive melody of the Aria, ushered along by a stream of pizzicato, reminiscent of Bach’s counterpoint. The reverie is briefly interrupted by a passionate song which sets Ruth Corrêa’s poem about the moon rising in the sky, before returning quietly to the opening melody.

Rhythmic interplay takes on a central role in Concerto No. 1 for Marimba and String Orchestra by percussionist and composer Ney Rosauro (b. 1952), who like Villa-Lobos is a native of Rio de Janiero. We are delighted to collaborate with percussionist Britton-René Collins on this evocative work, and to get to know the musical language of a composer new to Orpheus. Music flows in a variety of ways throughout the concerto: driving, still, gentle, playful. Rosauro is part of a long history of performer-composers, who use their familiarity and connection with their instruments to great effect in their writing. In this concerto, Britton-René uses four mallets, two in each hand, creating the feeling that she is dancing all over the marimba.

This leads us to tonight’s performance of selections from Bach’s Goldberg Variations, where all of these elements—fluidity, contemplation, rhythm as a driving force as well as a source of playful interaction—are fully set in motion. Orpheus’ collaboration with the phenomenal Caleb Teicher has been several years in the making, and we are thrilled to share with you Caleb Teicher and Company’s Variations. Because this is such an iconic piece of music, the crossing of disciplines allows us to expand our perspectives in different and unexpected ways. Caleb was inspired by the 1955 Glenn Gould recording when choreographing Variations. Tonight, the arrangement by Dmitry Sitkovetsky expands the original piano work into one for a string orchestra, with virtuosic flourishes for the principal players. In Orpheus rehearsals, we often talk about breathing together, and we ask ourselves what kind of energy is needed for the music we are playing. Our rehearsals with the dancers this week has been a journey full of joy. It was fascinating to add to the mix an awareness of the physical movements of the dancers while we explored the expressive characters and rhythmic personalities of each variation. Moving through the Bach as if we are one organism has resulted in a whole new experience of this work!

Caleb Teicher is a NYC-based dancer and choreographer specializing in musically-driven dance traditions and interdisciplinary collaboration.

Caleb is the recipient of a 2019 New York City Center Choreographic Fellowship, two Bessie Awards, a 2019 Harkness Promise Award, the 2020 Gross Family Prize, and a 2019 NEFA National Dance Project Production Grant. Their work has been featured by The New York Times, NPR, Forbes, Vogue, Interview Magazine, on the cover of Dance Magazine and, most recently, on The Late Show with Stephen Colbert alongside Regina Spektor.

Caleb continues to engage with dance communities as a teacher for international tap, swing, and jazz dance festivals. 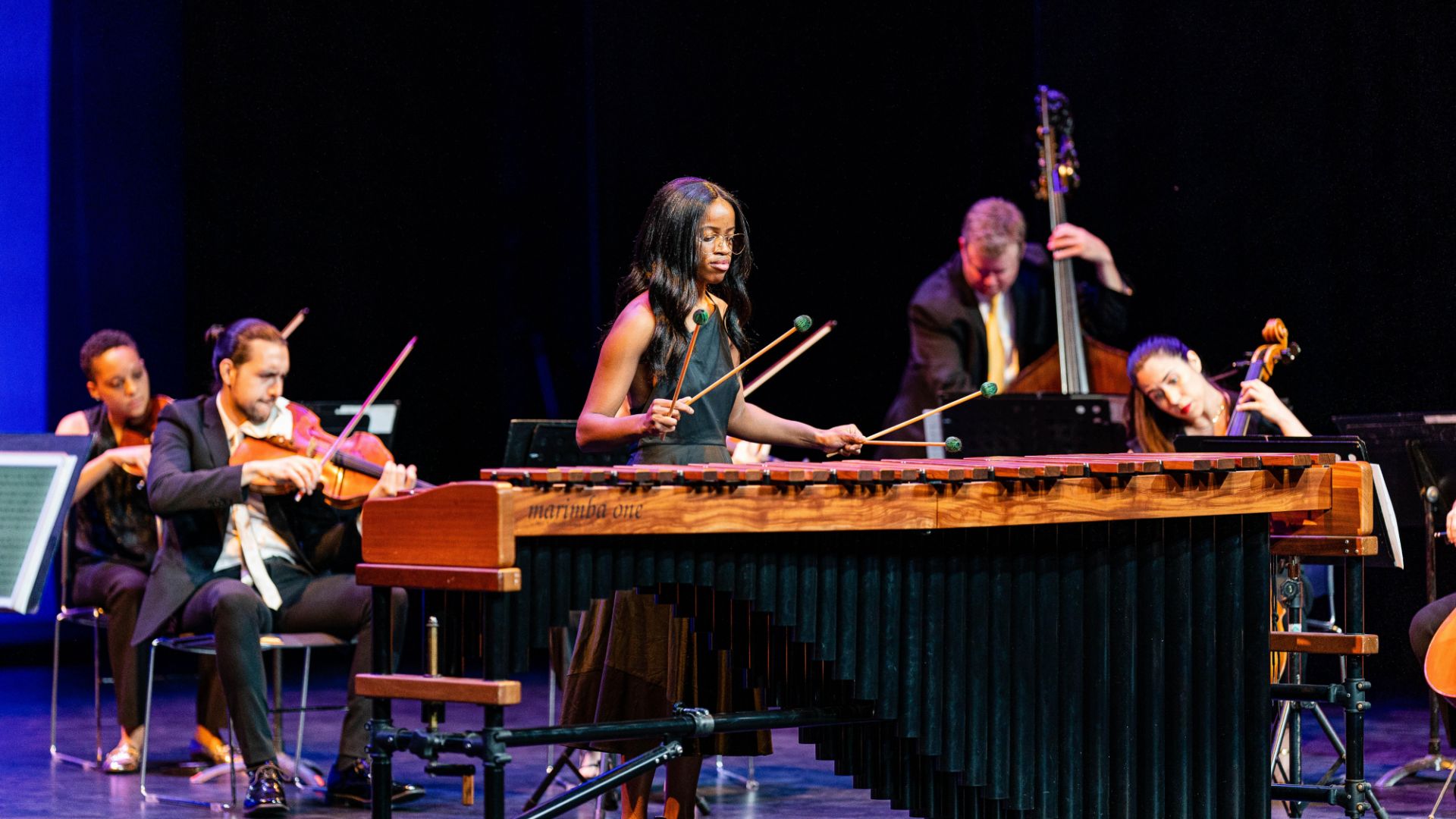 Toronto-based percussionist Britton-René Collins finds passion in the art of contemporary percussion performance. A winner of the 2020 Concert Artists Guild Victor Elmaleh Competition, Britton-René has dedicated her artistry to shaping a more inclusive community for all musicians to thrive in equally. She was awarded the Ambassador Prize for exceptional musicianship and demonstrating an active commitment to creating social change through her music. She recently launched a blog where she discusses her experiences in facing various challenges as a minority musician.

Britton-René actively expands her knowledge and skills in a vast pool of contrasting genres, which she believes enhances her musicianship and performance techniques. Her experience includes studies of classical, contemporary, global, and new music.

As an Orchestra US fellow, Britton-René strives to bring accessible music to underserved communities. She is also passionate about contributing to the growth of modern percussion repertoire, and her current projects include composing and commissioning new works for multi-percussion and marimba.

Born in the United States, Britton-René began her instrumental training at the age of five. She has since received several scholarship awards and is currently completing her Bachelor of Music in Percussion Performance at the University of Toronto Faculty of Music (2017-2021). As an artist, Britton-René proudly endorses Vic Firth sticks and mallets, Zildjian Cymbals, and Marimba One instruments.

Recent highlights include attending the soundSCAPE new music composition and performance exchange in Italy and being selected to appear as a soloist in upcoming concerto performances with symphony orchestras in the United States and Canada.