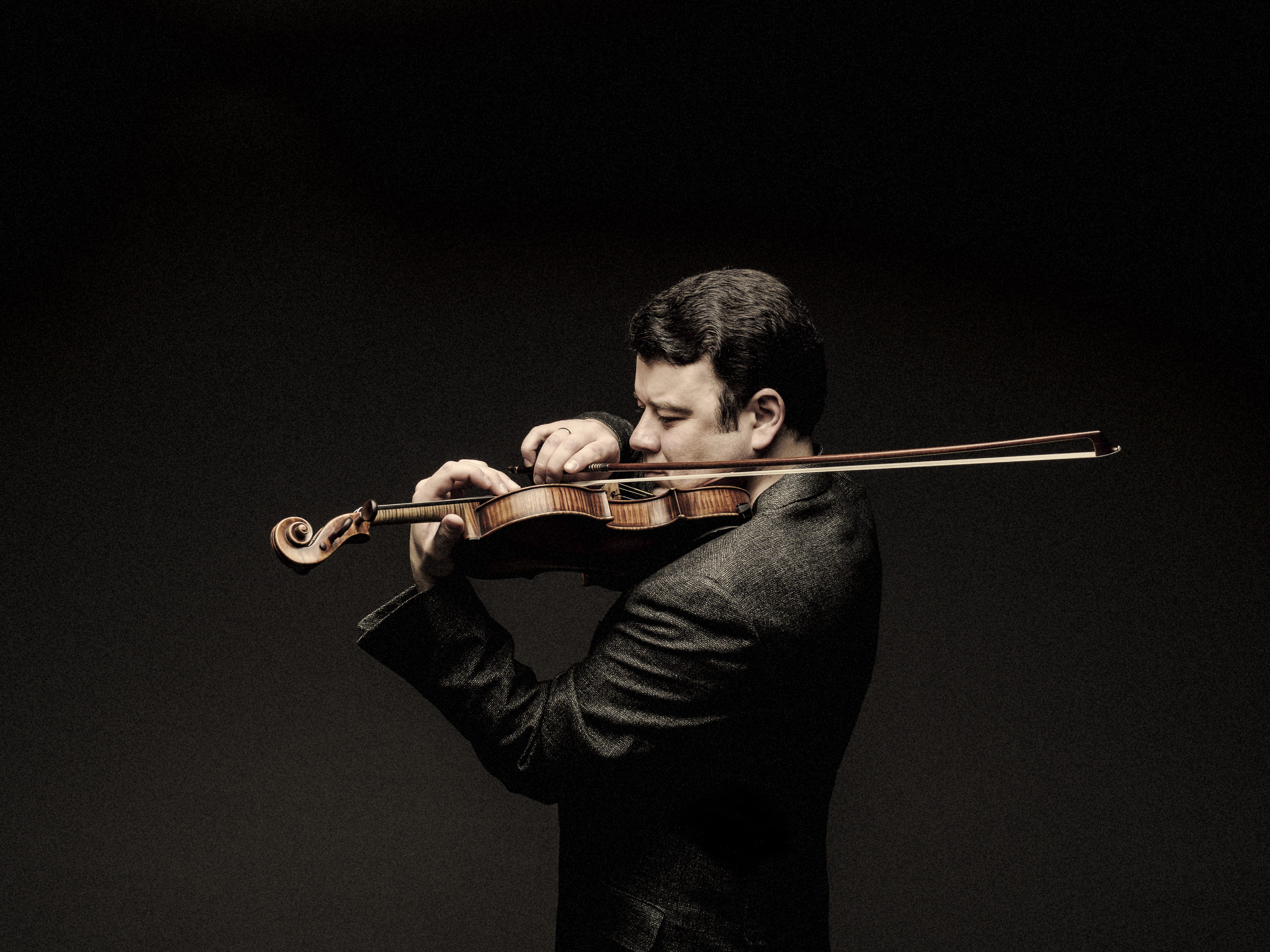 Plan your visit to Temple Emanu-El 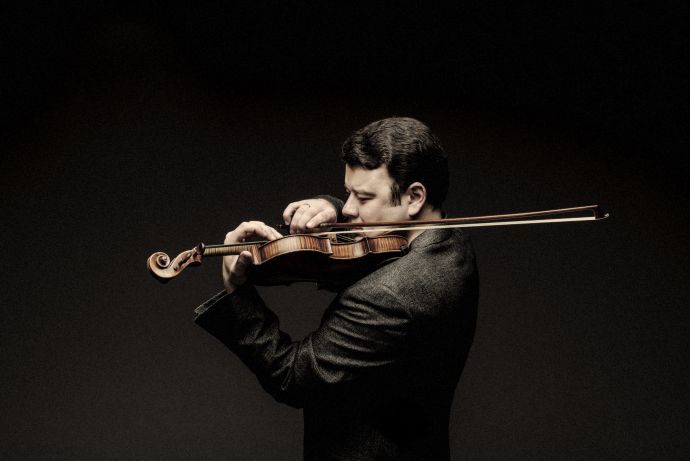 The Violins of Hope are a collection of musical instruments that were owned and played by Jewish musicians before and during the Holocaust. These instruments represent strength and survival during mankind’s darkest hour. They have been refurbished by luthiers Amnon and Avshalom Weinstein, founders of the Violins of Hope project.

USE YOUR ORPHEUS PASS

Get an Orpheus Pass for only $60/ticket and enjoy the best seats available for our New York performances that fit your schedule and taste. 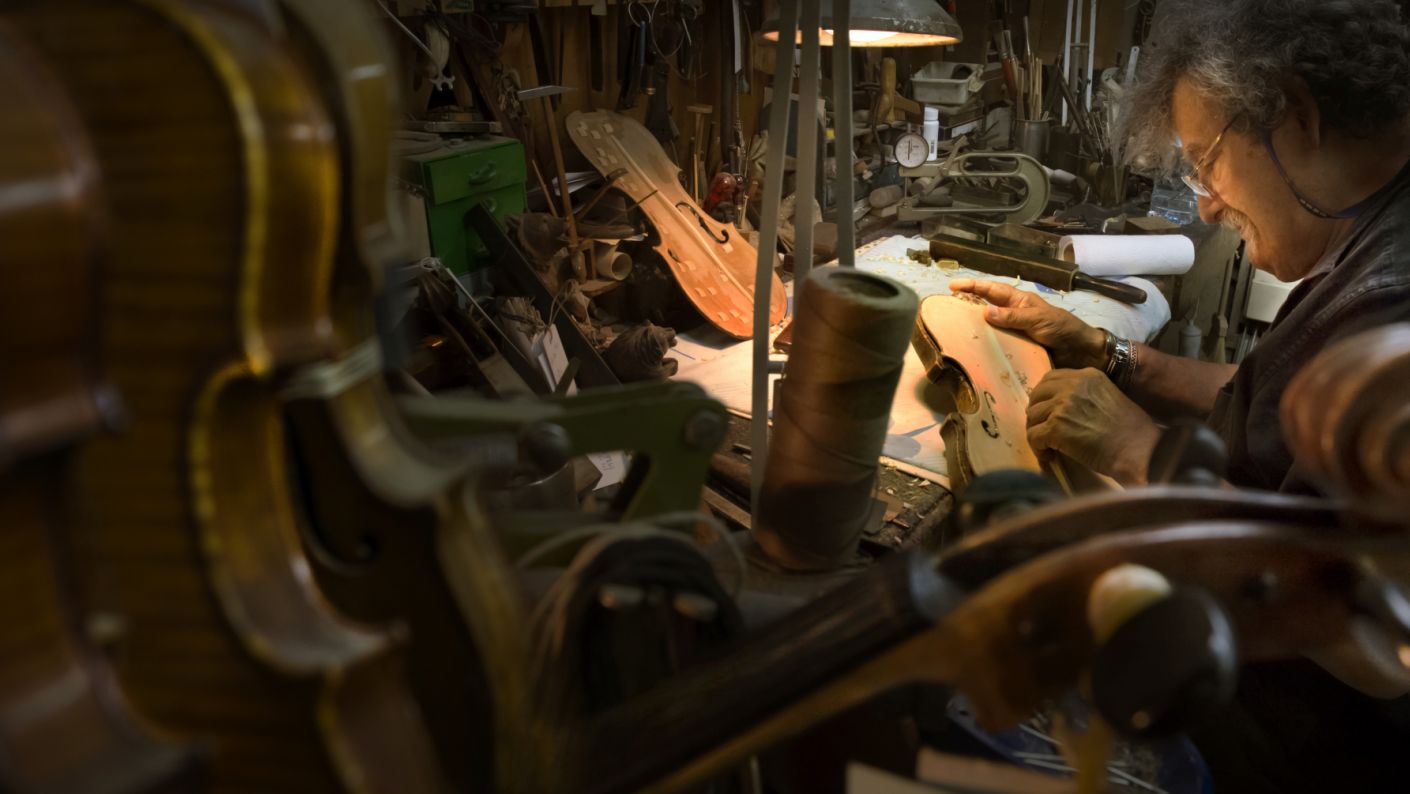 Universally recognized among today’s top performing artists, Vadim Gluzman brings to life the glorious violinistic tradition of the 19th and 20th centuries. Gluzman’s wide repertoire embraces new music and his performances are heard around the world through live broadcasts and a striking catalogue of award-winning recordings exclusively for the BIS label.

Highlights of the current season include performances with the Orchestre de Paris, Orpheus Chamber Orchestra, St. Petersburg Philharmonic, Detroit Symphony and the ProMusica Chamber Orchestra in Ohio, where he serves as its Creative Partner and Principal Guest Artist. He gives world premiere of Erkki-Sven Tüür’s concerto with the Frankfurt Radio Symphony, Moritz Eggert’s Mir mit Dir at the Kronberg Academy Festival, and UK premiere of Sofia Gubaidulina’s Triple Concerto with BBC Philharmonic.

Distinguished Artist in Residence at the Peabody Conservatory, Gluzman performs on the legendary 1690 ‘ex-Leopold Auer’ Stradivari, on extended loan to him through the generosity of the Stradivari Society of Chicago.

In the current season, Aldrich made her role debut as Joan of Arc in The Maid of Orleans with Odyssey Opera in Boston, after which she sang her first Verdi Requiem with the Pittsburgh Symphony. She also sang Carmen at the Hawaii Opera Theatre and performed in concert with the Zürich Chamber Orchestra. Aldrich will soon appear in galas with the Orchestre National de France and at the Avenches Opera Festival in Switzerland.

Aldrich’s engagement’s for the 2016/17 season included Giulietta in Les contes d’Hoffmann at the Opera National de Paris and Los Angeles Opera, the title role in Carmen at the Bayerische Staatsoper in Munich, Semperoper Dresden, and in Tokyo under Charles Dutoit, Charlotte in Werther in San Juan, and her debut as Sister Helen Prejean in Dead Man Walking at the Lyric Opera of Kansas City. Her engagements from the 2015/16 season included Marguerite in La Damnation de Faust with Opera de Lyon, Arden Scott in Great Scott at the San Diego Opera, Rosmira in Handel’s Partenope in Paris, Amsterdam and Madrid, Carmen at the Verbier and Llangollen Festivals, and Statira in Spontini’s Olympie at the Théâtre des Champs-Elysées with the Cercle de l’Harmonie, conducted by Jeromie Rohrer. In the 2014/15 season, she sang the title role in Carmen with Opera de Lyon and the Vancouver Opera, later appearing in the same role at Choregies d’Orange opposite Jonas Kaufmann. She also sang Idamante in Idomeneo re di Creta with Opera de Lyon and Giovanna Seymour in Anna Bolena with Opera de Toulon and the Bolshoi.

Several of Aldrich’s performances have been issued on DVD, including Benvenuto Cellini, La Favorite, Norma, Zelmira, Don Quichotte and Rienzi, as well as Werther opposite Roberto Alagna at the Teatro Regio di Torino. Ms. Aldrich has recorded Antoine Mariotte’s Salome on CD with l’Opera de Montpellier, as well as Massenet’s Le Mage at the Massenet Festival in St. Etienne, France.

Fiona studies studies with Professor Li Lin and Kenneth Renshaw at the Juilliard Pre-College division, and has performed with the Mitteleuropa Orchestra in Italy and the Musica Mundi Orchestra in Belgium. She has received prizes including 1st Prize at the Grumiaux International Violin Competition, 1st Prize at the Osaka International Competition and 3rd Prize and best virtuoso interpretation at the Louis Spohr Competition. She performed Sarasate’s Navarra at the Juilliard Pre-College Centennial Gala and at the Bozar Concert Hall in Brussels. Recently Fiona and her sister were invited to perform at Buckingham Palace with Maxim Vengerov and Marios Papadopoulos. She attends the Spence School, New York.

Jake Heggie is the American composer of the operas Dead Man Walking (libretto by Terrence McNally), Moby-Dick (libretto by Gene Scheer), It’s A Wonderful Life (Scheer), If I Were You(Scheer), Great Scott (McNally), Three Decembers (Scheer), For a Look or a Touch (Scheer) and Two Remain (Scheer), among others. In addition to eight full-length operas and several one-acts, Heggie has composed nearly 300 art songs, as well as concerti, chamber music, choral and orchestral works. He recently completed and recorded Songs for Murdered Sisters, a song cycle based on new poems by Margaret Atwood, created for baritone Joshua Hopkins and commissioned by Houston Grand Opera. Earlier this year, he completed INTONATIONS: Songs from the Violins of Hope (texts by Gene Scheer), a dramatic song cycle featuring mezzo-soprano Sasha Cooke and violinist Daniel Hope, recorded live for Pentatone. The label recently released a new all-Heggie recording titled Unexpected Shadows, featuring mezzo-soprano Jamie Barton and cellist Matt Haimovitz. Heggie is currently at work with Gene Scheer and Jawole Zollar on a new opera for the Houston Grand Opera titled Intelligence.

Heggie’s operas – most created with Gene Scheer or the late Terrence McNally – have been produced on five continents. In 2019, Dead Man Walking received its 70th international production at the Israeli Opera in Tel Aviv, the first American opera to be produced by that company. New York’s Metropolitan Opera has announced Dead Man Walking for a future season in a bold new production by director Ivo van Hove, conducted by Yannick Nézet-Séguin. Since its San Francisco Opera premiere in 2000, Dead Man Walking has been recorded live twice and performed more than 300 times, making it the most-performed American opera of the 21st Century. In addition to major productions throughout the USA, Dead Man Walking has been seen in Dresden, Vienna, London, Madrid, Sydney, Adelaide, Calgary, Montreal, Cape Town, Dublin, Copenhagen, and Malmö. Moby-Dick has received 12 international productions since its 2010 premiere at The Dallas Opera; San Francisco Opera’s production was telecast as part of Great Performances’ 40th anniversary season and released on DVD (EuroArts). It is also the subject of a book by Robert Wallace, titled Heggie & Scheer’s Moby-Dick – A Grand opera for the 21st Century (UNT Press). Three Decembers, Heggie & Scheer’s three-character chamber opera, has received 30 international productions and was recently recorded by Opera San Jose in a new production starring Susan Graham

A Guggenheim Fellow, Heggie has also served as a mentor for Washington National Opera’s American Opera Initiative and CU Boulder’s New Opera Workshop. In 2016, he was awarded the Eddie Medora King Prize by the UT Austin Butler School of Music. He was also the recipient of the Champion Award from the San Francisco Gay Men’s Chorus in a private concert that featured a performance by the great Patti LuPone. Heggie was the keynote speaker for the 2016 meeting of the National Association of Schools of Music (NASM) in Dallas and has given commencement addresses at the Eastman School of Music and Northwestern’s Bienen School of Music. He is a frequent guest artist and master teacher at universities and conservatories, including Boston University, Bucknell, Cincinnati Conservatory, Cornell, Eastman, CU Boulder, Northwestern, Peabody Conservatory, Roosevelt, The Royal Conservatory in Toronto, San Diego State, UNI, UNT, UT Austin, USC’s Thornton School, Vanderbilt University, and at festivals such as SongFest at the Colburn School.