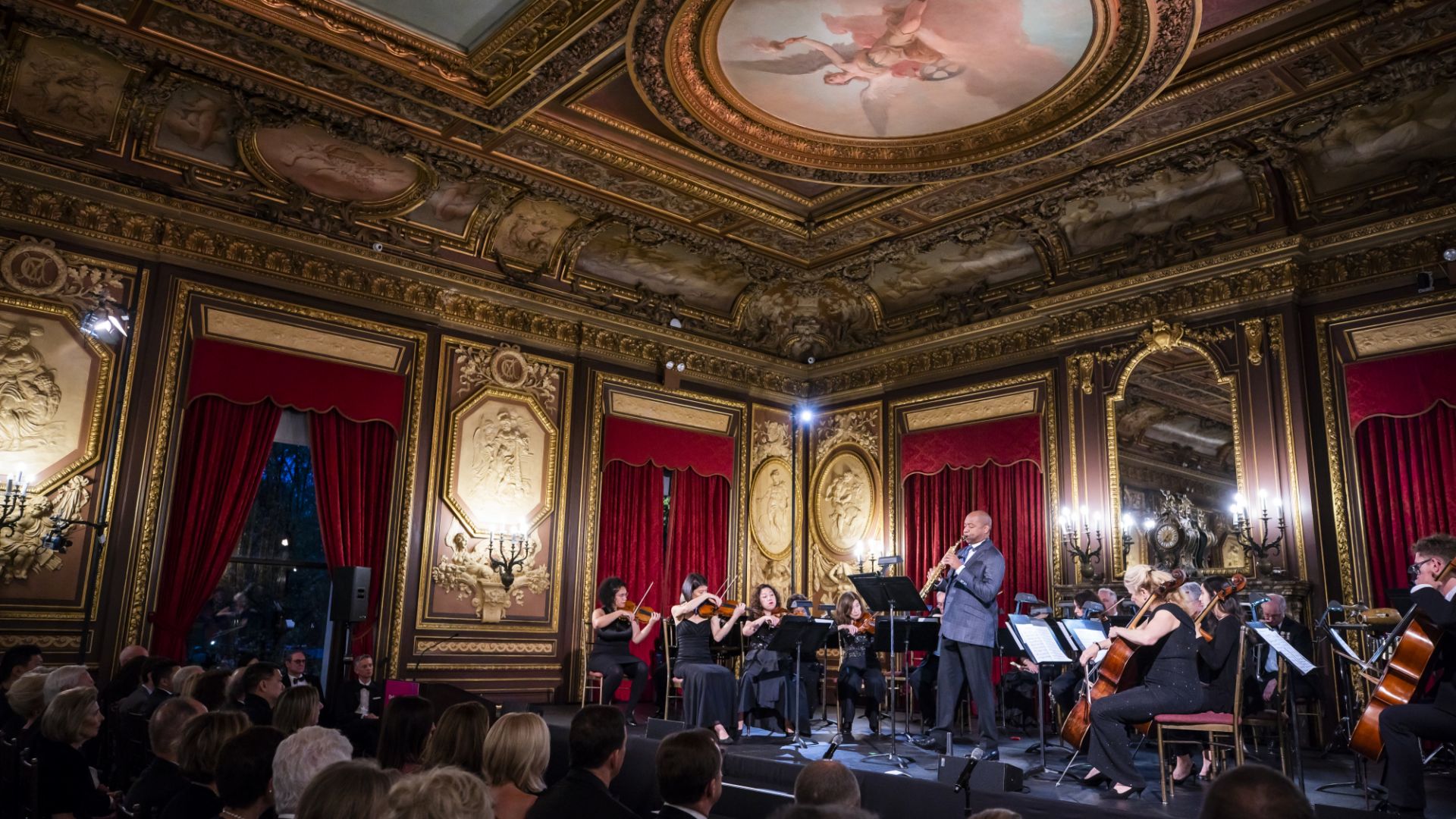 In January 2022, Orpheus Chamber Orchestra will tour with the celebrated jazz musician Branford Marsalis for seven performances across the US: Palm Desert, Irvine (CA), Richmond (VA), Bethesda (MD), Chicago (IL), Bronxville (NY), and West Palm Beach (FL). In a program which explores the intersectionality of jazz and classical music, repertoire selections range from Debussy’s jazz-inspired Rhapsody for alto saxophone and chamber orchestra, to the world premiere of the Orpheus-commissioned Carmen Jazz Suite on Themes by Bizet by New Orleans-based composer Courtney Bryan.

Orpheus and Marsalis are reuniting as musical colleagues, having released “Creation” - which had been the saxophonist’s first classical endeavor in 15 years - in 2001. In spring 2020, Orpheus and Marsalis were to give the premiere (delayed due to Covid-19) of Bryan’s Carmen Jazz Suite on Themes by Bizet, a contemporary and experimental new commission that includes responses to selected themes from Bizet’s classic 1875 opera, imagining a world in which Carmen lives and wins. In her early years, Bryan studied in her native New Orleans with Marsalis’ father, renowned American jazz pianist and educator Ellis Marsalis Jr.

The tour marks a triumphant moment in Orpheus’s history, as touring has been a fundamental part of its artistic ethos since its founding. This tour with Marsalis, which was rescheduled from its original January 2021 dates, will be the first time the Orchestra has toured since the pandemic. On January 29, Orpheus returns to its home in New York City, Carnegie Hall, with the first of three concerts in Stern Auditorium/Perelman Stage, in a program with guest artist Pekka Kuusisto on violin (concerts later in the season feature trumpeter and composer Arturo Sandoval and pianist Nobuyuki Tsujii).

Courtney Bryan, a native of New Orleans, LA, is “a pianist and composer of panoramic interests” (New York Times). Her music is in conversation with various musical genres, including jazz and other types of experimental music, as well as traditional gospel, spirituals, and hymns. Focusing on bridging the sacred and the secular, Bryan's compositions explore human emotions through sound, confronting the challenge of notating the feeling of improvisation. Bryan has academic degrees from Oberlin Conservatory (BM), Rutgers University (MM), and Columbia University (DMA) with advisor George Lewis, and completed an appointment as Postdoctoral Research Associate in the Department of African American Studies at Princeton University. Bryan is currently an Assistant Professor of Music in the Newcomb Department of Music at Tulane University, and the Mary Carr Patton Composer-in-Residence with the Jacksonville Symphony.

In 1972, a group of young artists made history by creating an orchestra without a conductor in which musicians led themselves democratically. Since then, the Grammy Award-winning Orpheus Chamber Orchestra has recorded over 70 albums on all major classical labels, toured to 46 countries across four continents, and collaborated with hundreds of world-class soloists. Orpheus’ musicians work together as a collective and rotate leadership roles for all works performed, giving flight to unconventional interpretations. The orchestra presents an annual series in New York City at Carnegie Hall and regularly tours to major national and international venues. Orpheus shares its collaborative model through education and community engagement initiatives that promote equity and access to the arts for listeners of all ages.

ROSSINI Overture to The Barber of Seville